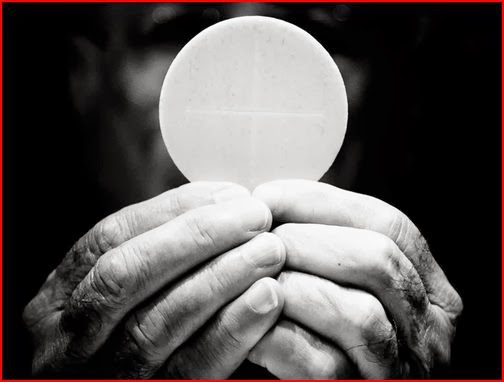 Life is easier when you can stand on the shoulder of giants, right? Or maybe it's more dangerous because you're closer to their mouths. The lesson? Pick the right giants:

WHAT CAN WE LEARN FROM POPE PIUS X & THE CANADIAN ELECTION

There's some fantastic analysis in the works to (hopefully) explain what just happened in Canada's federal election. (Not by me, but by those with greater intellect and resolve for this sort of effort.)
The campaign was unlike anything political observers can recall, at least in terms of Canadian history. For many Canucklehead-politicos, this most recent election carried a whiff of American politics with a distinct nasty streak about a mile (or kilometre) wide.
For many voters, I believe, the overwhelming feeling was one of disappointment in the choices presented to them on the ballot.
That something that I believe was lacking? Virtue. The candidates and parties were big on promises about this and that and shoveling gobs of politically correct rhetoric, but at some point - and I think we passed that point - the approach fails to inspire.
Few if any candidates, with the exception of the Christian Heritage Party, mentioned anything about Godly ethics. This was a mistake. People want to be inspired, especially by the people who want to be their leaders. It is a lie that God and Christian morality have no place in politics, a myth we've thoroughly embraced as an electorate. It's time to reject this lie. It's time for Catholics to regain our place in the public square. That "lost ground" in the battle of the culture wars that we're told we'll never get back? We can retake it, but only with Christ.
So where do we look for inspiration? The Church. (Where else?)
A friend brought this to my attention today. It's an excerpt of Pope St. Pius X in Il Fermo Proposito, from June 11, 1905:

“To restore all things in Christ” has always been the Church’s motto, and it is especially Our own during these fearful moments through which we are now passing. “To restore all things”—not in any haphazard fashion, but “in Christ”; and the Apostle adds, “both those in the heavens and those on earth” (Ep.1:10). “To restore all things in Christ” includes not only what properly pertains to the divine mission of the Church, namely, leading souls to God, but also what We have already explained as flowing from that divine mission, namely Christian civilization in each and every one of the elements composing it.

Since We particularly dwell on this last part of the desired restoration, you clearly see, Venerable Brethren, the services rendered to the Church by those chosen bands of Catholics who aim to unite all their forces in combating anti-Christian civilization by every just and lawful means. They use every means in repairing the serious disorders caused by it. They seek to restore Jesus Christ to the family, the school and society by re-establishing the principle that human authority represents the authority of God. They take to heart the interests of the people, especially those of the working and agricultural classes, not only by inculcating in the hearts of everybody a true religious spirit (the only true fount of consolation among the troubles of this life) but also by endeavoring to dry their tears, to alleviate their sufferings, and to improve their economic condition by wise measures. They strive, in a word, to make public laws conformable to justice and amend or suppress those which are not so. Finally, they defend and support in a true Catholic spirit the rights of God in all things and the no less sacred rights of the Church.

All these works, sustained and promoted chiefly by lay Catholics and whose form varies according to the needs of each country, constitute what is generally known by a distinctive and surely a very noble name: “Catholic Action,” or the “Action of Catholics.” At all times it came to the aid of the Church, and the Church has always cherished and blessed such help, using it in many ways according to the exigencies of the age.

I don't think we can appreciate where we're at with this OnePeterFive article:


"Hold fast. Like you’re about to be swept overboard in the storm. Hold on for your life. The [R]osary. The Eucharist. Confession. Adoration. Whatever it takes. Spend more time with your family, and less of it watching the horror show. Yes, I’m advocating that if it’s a problem for you, don’t spend your time here at 1P5. Knowing everything you can about the disaster is not worth your soul. I’ve already come to recognize that it isn’t worth mine.

I suspect that God, too, wants us to know how powerless we are, but for a very different reason than Bergoglio does. He is subjecting us to utter desolation, such that we will finally come to understand and accept that no human solution is possible. We will very likely be branded as schismatics merely for holding on to the authentic teachings of our faith. This has already begun, and it will intensify. A time may come when we can no longer have access to the sacraments, or the true Church is even driven underground, as it was in the early days in Rome, and in various other circumstances since."


"Seek a suitable time for leisure and meditate often on the favors of God. Leave curiosities alone. Read such matters as bring sorrow to the heart rather than occupation to the mind. If you withdraw yourself from unnecessary talking and idle running about, from listening to gossip and rumors, you will find enough time that is suitable for holy meditation.

Very many great saints avoided the company of men wherever possible and chose to serve God in retirement. "As often as I have been among men," said one writer, "I have returned less a man." We often find this to be true when we take part in long conversations. It is easier to be silent altogether than not to speak too much. To stay at home is easier than to be sufficiently on guard while away. Anyone, then, who aims to live the inner and spiritual life must go apart, with Jesus, from the crowd."

This all seems very troubling. Have no fear: God is in charge. Know your Catechism. Know Church Teaching. Stop sinning. Confess. Repent. Pray. Get holy. This is how we're called to be saints, in this time. God put us all here for now. This is our battle.